In the last month of 2019, the Hyperbola team took a major decision of leaving Linux in favour of OpenBSD. We also had a chat with Hyperbola co-founder Andre Silva, who described the reason for dropping Hyperbola OS and creating a new HyperbolaBSD.

HyperbolaBSD is still under development and its alpha release will be ready by September 2021 for initial testing. The present Hyperbola GNU/Linux-libre v0.3.1 Milky Way will be supported until the legacy Linux-libre kernel reaches the end of life in 2022.

I thought of giving it a try before it goes gone and switches to BSD totally.

The Hyperbola project was launched in April 2017 by its six founders with the goal of creating a free and open-source operating system that prioritises users’ privacy and security.

The first stable release of Hyperbola GNU/Linux-libre followed in July 2017. It utilised Debian enhancements and was based on snapshots of Arch Linux.

The Linux-libre kernel and other GNU OS parts are included rather than a standard Linux kernel. For the most part, Hyperbola is one of the distributions that does not use the Systemd init mechanism.

When it comes to init systems, Hyperbola chose for OpenRC rather than the more popular Systemd, which is used by other major Linux distributions like Ubuntu. Hyperbola v0.1 was the first and last version to have Systemd support.

Furthermore, Hyperbola placed a premium on the KISS principle. It has i686 and x86 64 package sets that adhere to the GNU Free System Distribution Requirements (GNU FSDG).

The Free Software Foundation has its own social contract and packaging criteria that reflect its guiding ideology.

This is why, in 2018, the Free Software Foundation officially acknowledged Hyperbola GNU/Linux-libre as the first fully free Brazilian OS.

Both the standard Hyperbola and Hypertalking are available as live images for installation through the Hyperbola project. The ISO standard that has been modified and adapted for the blind and visually impaired is called Hypertalking.

You won’t need to grab a live image if you’re already running Arch Linux or a distribution based on Arch Linux like Parabola. If you’re currently using Arch or Parabola, you can easily make the switch to Hyperbola by following the official migration process.

The ISO image is about 650 MB in size, and it contains only the bare minimum required to boot directly into the command line interface (no desktop environment is included).

V0.3.1 (i686), on the other hand, necessitates a least Intel Pentium II or AMD Athlon CPU model, 33MiB (OS installed) of RAM, and 252MiB (Live image) of RAM for text mode only with no desktop environment.

I’m not running either Arch or Parabola at the moment. For this reason, I opted to start fresh with an installation of Hyperbola Linux rather than migrate.

Similarly, I avoid running a second, unfamiliar operating system on my computer for fear of causing issues. Consequently, I decided to create a Hyperbola virtual machine using the fantastic GNOME Boxes software, which allows for up to 2 GB of RAM and 22 GB of free disc space.

As with Arch, Hyperbola does not ship with a GUI installer. It implies that practically everything must be configured manually via the command line (CLI).

It is also concluded here that Hyperbola is not for novices or people who are intimidated by the command line.

Nonetheless, Hyperbola offers standalone installation guidance, which is especially helpful for new users. However, I still believe it is missing a few key components that may cause confusion for first-time users during the installation process.

It does not help you with things like creating a user account, setting up network connectivity, or installing a desktop environment.

So, if you get stuck at any point during the Hyperbola installation process, you may always consult the alternative tutorial.

I was able to choose between a 64-bit and 32-bit installation on the boot menu of the live image.

Next, I followed the installation instructions to set up the disc partition, DateTime, language, and root password.

After getting everything organised, I rebooted the machine and loaded the widely used Grub bootloader. Phew! My initial attempts to access my Hyperbola system were successful.

To my knowledge, I had no issues with the command line interface. However, Hyperbola does not come with a default desktop environment (DE), thus in order to use a graphical user interface, I will need to select and install a third-party DE.

I went for the widely used Xfce desktop because of its small footprint and ease of use. However, a Xorg display server was required before I could install it. So, I used the default pacman package manager to install it and several other necessary programmes. 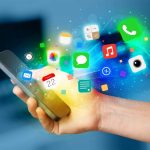 What Is an IT Architect?

What Is an IT Architect?