Data transmission between nodes on a network is governed by a set of rules known as a protocol. Basically, it enables interoperability, or the ability of two or more devices to exchange data and instructions despite inherent variations in their operation, construction, or design. Network protocols play an essential part in today’s digital communications since they allow us to readily interact with people from all over the world.

Network protocols enable devices to interact with each other by means of preset rules embedded into the software and hardware of those devices, much as how speaking the same language facilitates communication between two individuals. Without network protocols, neither LANs nor WANs could perform to the level at which they do today.

As a result of network protocols, complex operations are simplified into manageable sub-processes. This occurs on all levels of the network, with cooperation between all functions being essential for the final goal to be achieved. By “protocol suite,” we mean a collection of related but independent network protocols.

Organizations in the networking and IT industries often develop network protocols in accordance with established norms.

Different network protocols have been defined and published by the following organisations:

Although network protocol models typically operate in similar ways, each protocol is distinct and functions in the manner described by the company that developed it.

Thousands of distinct network protocols exist, but they all accomplish one of three main tasks:

In order to utilise network devices quickly and safely, each type is required, and they complement one another to make this usage easier.

Different network devices can communicate with one another thanks to communication protocols. They can be utilised for crucial operations like file transfers between devices and internet access. They are used in both analogue and digital communications.

Network management protocols outline and clarify the many steps required to manage a computer network efficiently. These protocols have an impact on a variety of networked devices, such as computers, routers, and servers, to guarantee that they all operate as efficiently as possible.

The following are some of the functions of network management protocols:

Security protocols, also called cryptographic protocols, work to ensure that the network and the data sent over it are protected from unauthorized users.

Common functions of security network protocols include the following:

Whether you realise it or not, utilising electronic gadgets undoubtedly exposes you to network protocols, some of which are easily recognisable.

Several of the most used network protocols are shown here as examples:

Network protocols specify how devices and processes interact rather than just how they operate independently. The internet wouldn’t have the essential infrastructure to run and be usable without these established norms and rules. Modern communications are built on network protocols, without which the digital world would not function. 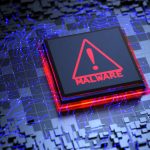 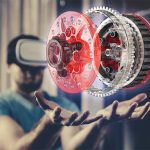