What Is Extended Reality?

Virtual reality puts users inside a virtual environment. Users of virtual reality often don a headset that whisks them away into a simulated setting. One moment, they are standing in a real room, and the next, they are completely submerged in a computer-generated setting.

These settings now look and behave more realistically thanks to recent advancements in VR technology, which push the bounds of what was previously possible. Additionally, support is being added for new senses, such as the senses of touch, sound, and scent.

With virtual reality (VR), users can experience a video game to the fullest extent possible, building projects can be reviewed by buyers and designers to approve specifics before construction begins, and merchants can test virtual displays before committing to a physical one.

When a computer-generated image is superimposed on top of the real world, this is an example of augmented reality. The widely popular mobile game Pokémon GO is credited with popularising augmented reality (AR) by presenting computer-rendered monsters standing on players’ lawns and sidewalks as they move around their communities.

AR graphics can be seen through mobile phones, tablets, and other devices, providing consumers with a new form of interactive experience. Using augmented reality, for instance, can make it easier to navigate directions. An alternative to using a two-dimensional map is to have a windscreen that can superimpose instructions over one’s view of the road. These directions take the form of virtual arrows that point the driver in the direction of the next turn.

Users are able to immediately engage with both the digital and physical worlds when a mixed reality environment is created through the seamless integration of the real world and rendered graphics.

When using MR, both real and virtual things are blended together and exhibited on a single screen at the same time. Users can interact with digital objects by moving them around or placing them in the real world by using a headset, smartphone, or tablet to experience mixed reality (MR) settings. Users can also experience MR environments.

There are two types of MR:

The History of XR

Think back to virtual reality (VR) to appreciate how far extended reality (XR) has come since its inception.

The first application of virtual reality (VR) was in the military, namely in the context of flying simulators. Additionally, early adopters included businesses in the energy and automobile design industries. Large supercomputers were required for the VR application cases that involved simulation and visualisation. In addition to that, it required dedicated facilities such as powerwalls, which are displays with an extremely high resolution, and VR CAVEs, which are empty rooms in which the virtual reality environment is projected on each surface, ranging from the ceiling to the walls.

Virtual reality remained out of reach for the majority of consumers for several decades, and the relatively small VR ecosystem was primarily made up of huge institutions and academic researchers.

However, at the beginning of the previous decade, numerous important component technologies reached a tipping point, which prompted the debut of the HTC Vive and Oculus Rift head-mounted displays (HMDs), as well as the SteamVR runtime.

It is now possible for individuals to purchase their own HMDs in order to experience fantastic immersive entertainment. They may control those head-mounted displays (HMDs) and experiences using a single computer or workstation equipped with a robust GPU.

Virtual reality (VR) was all of a sudden available to millions of people, which resulted in the rapid development of a sizable ecosystem that is brimming with creativity and excitement.

The introduction of all-in-one (AIO) headsets in recent years marked the beginning of a new era of virtual reality (VR) innovation. In the past, participants needed a physical connection to a powerful PC in order to have a completely immersive VR experience. Because it lacked both an operating system and the capability to compute the image, the HMD was incapable of functioning as a standalone device on its own.

A dedicated device that could deliver fully tracked virtual reality wherever and at any time was previously unavailable to users until the introduction of all-in-one (AIO) headsets. Users were now able to enjoy rich VR worlds, even as they were moving around, thanks to the development of technology that allows for VR streaming.

The availability of XR experiences of progressively high quality is growing. AIOs are being purchased by customers all over the world in order to participate in XR activities such as immersive gaming, remote learning, and virtual training. XR technology is being integrated into the workflows and design processes of large businesses. The incorporation of a digital twin into an XR system results in significant improvements to the design implementation.

Streaming virtual reality experiences over 5G networks from the cloud is also one of the most prominent modern trends. Because of this, there is no longer a requirement to be linked to workstations or to confine experiences to a specific location.

People are now able to use XR devices and obtain the processing power necessary to execute XR experiences from a data centre, regardless of their location or the time of day. This is made possible by streaming content over 5G from the cloud. Immersive streaming is becoming easier to access thanks to innovative solutions such as NVIDIA CloudXR, which means that more users of XR technology will be able to enjoy high-fidelity surroundings from any location.

Additionally, the prevalence of AR is growing. After Pokémon GO became a household name, augmented reality began to emerge in a variety of new areas that focused on consumers. A variety of social networking networks have included face filters that users can apply to their own images. AR was implemented by businesses in the retail industry to present photorealistic rendered 3D objects. This gave buyers the ability to position these things wherever in a room and visualise them in any setting.

In addition, businesses operating in a variety of sectors, including architecture, manufacturing, healthcare, and others, are making use of the technology in order to significantly improve their workflows and produce one-of-a-kind, interactive experiences for their customers. For the purpose of monitoring the progress of construction projects, architects and design teams are incorporating augmented reality (AR) so that they can view the work being made onsite and compare it to the digital blueprints.

Even though it’s still in its infancy, mixed reality (MR) is making strides in the realm of extended reality. The introduction of numerous new headsets designed specifically for MR, such as the Varjo XR-3, is illustrative of current trends in the industry. Professionals in the fields of engineering, design, simulation, and research can now create and interact with their own 3D models in real life if they use MR headsets.

The Future of XR

Artificial intelligence is one of the technologies that is ushering people into a new era as augmented reality (XR) technology continues to progress.

AI will play a significant part in the XR arena, from intelligent AR overlays that can guide individuals through do-it-yourself projects to virtual assistants that aid designers in VR.

Imagine, for instance, that you are wearing a headset and that you are able to communicate with the content using genuine voice and gestures. Even non-experts will be able to create spectacular ideas, finish extremely difficult tasks, and utilise the capabilities of strong programmes once hands-free and speech-driven virtual agents are readily available. 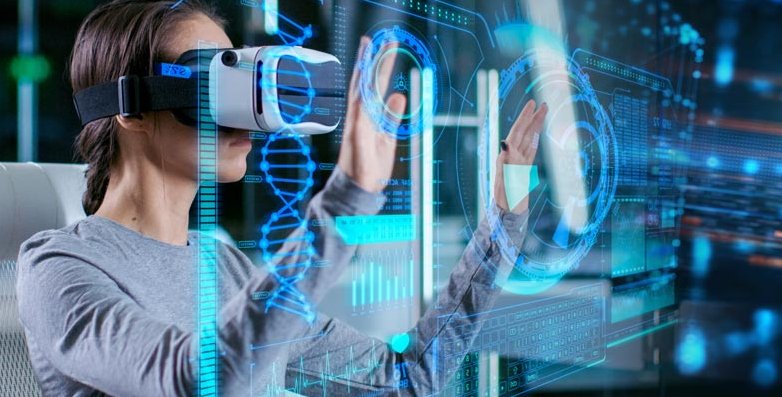 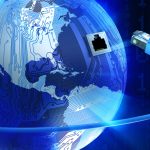 Product testing: How to conduct an effective product assessment

Product testing: How to conduct an effective product assessment